Historians usually focus on male architects, planners, and politicians in accounts of urban redevelopment and regeneration. During 1920s in northern cities such as Liverpool and Manchester, however, female politicians and civic patriots had an important influence in shaping urban culture. In 1927, for instance, Margaret Beavan became the first woman to hold the position of Lord Mayor of Liverpool. During her time as mayor, Beavan presided over grand and ambitious civic celebrations, such as the opening of Gladstone Dock in 1928. Beavan presided over the city’s Civic Week of 1928, a large and ambitious civic celebration that transformed the city into an exhibition, where she declared that ‘civic pride was good citizenship.’

Margaret Beavan presided  over important civic celebrations, including the ceremonial launches of new ocean liners and the opening of Gladstone Docks

Yet typically, Beavan’s contributions remained understood in gendered terms and her image as Little Mother of Liverpool and became strongly associated with her commitment to child welfare and maternal health. Although important, this legacy has overshadowed the important contribution she made to local government and civic pride at a time of economic and political turbulence.

Perhaps better known was Lady Sheena Simon of Wythenshawe who, along with her husband Ernest, donated the land to Manchester Council to build the Wythenshawe Estate  in 1926. A committed socialist, Simon founded the Manchester Branch of the Women Citizens’ Association, which aimed to encourage women’s active political participation once they suffrage was granted. Simon was committed to improving the living conditions of Manchester’s inhabitants, campaigned for better secondary education, and emphasised the importance of a strong local government. 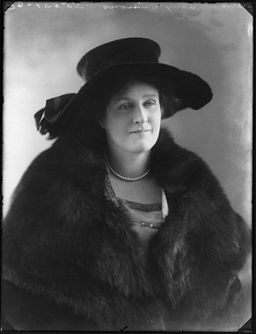 Simon was not afraid to publicly criticise the local council or its citizens and, in her book A Hundred Years of City Government, Manchester 1838-1938, Simon wrote that she hoped Manchester’s centenary anniversary of incorporation would ‘inspire citizens with courage to go ahead with the task of re-moulding Manchester nearer to their hearts’ desire.’ Yet Sheena’s commitment and civic passion has been overshadowed by her husband: Lord Simon was MP for Liberal Party, Withington, 1923-1924, and again, 1929-1931, a member of Manchester City Council, 1911-1925 and Chairman of the Housing Committee, 1919-1923, he became Lord Mayor of Manchester in 1921.

Beavan and Simon are important examples of the important ways in which women contributed to vibrant urban cultures in cities such as Liverpool and Manchester. They demonstrate the influential political roles women held locally and shows the range of contributions they made to public life. Yet, Beavan and Simon’s contributions remain overshadowed by male politicians and their histories point to the importance in drawing attention to women’s stories, which still remain hidden from history.